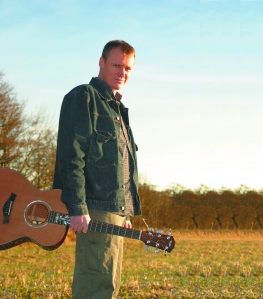 We’ve very delighted to say that Scottish singer Jim Malcolm is coming to Midland to give a Sunday afternoon concert on April 3rd. Let me quote his press kit: As both singer and songwriter, Jim Malcolm is one of the most distinctive voices in Scottish music, “one of the finest singing voices in Scotland in any style”. He was lead singer of the phenomenal Scottish band Old Blind Dogs for seven years, touring extensively throughout Europe and North America and playing at many of the biggest folk festivals. In 2004, Jim was songwriter of the year in the Scots Trad Music Awards, and he has been nominated three times for Scots Singer of the Year. He has a huge repertoire of songs from the Scottish tradition and is a noted interpreter of Burns. These old songs are complemented by his own original and award-winning songs, which are at once completely modern and accessible, yet an authentic addition to the cannon of Scottish music.

You can find sound samples and videos at Jim’s website. The concert is in the Midland Center for the Arts’ lecture room. General admission, tickets are $12, $10 for members of the Midland Folk Music Society.

This entry was posted in Uncategorized. Bookmark the permalink.